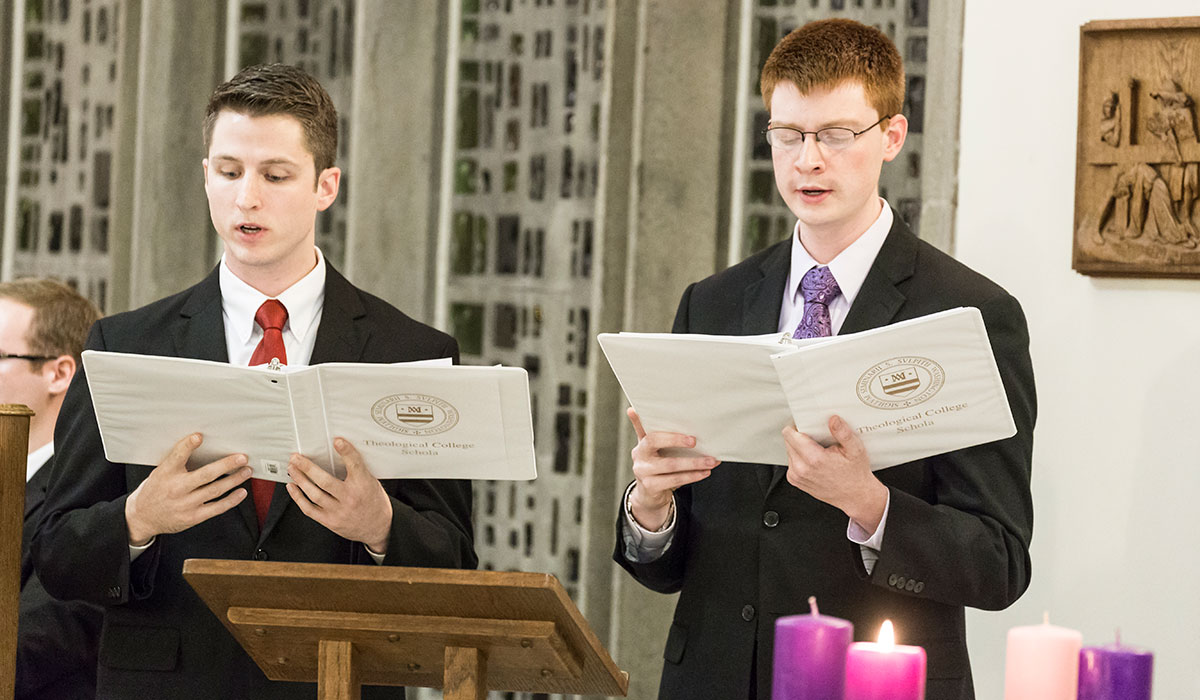 “Liturgical music is a result of the demands and of the dynamism of the Incarnation of the Word, for music means that even among us, the word cannot be mere speech.”
– Cardinal Joseph Ratzinger, Rome, 1985

Celebrating a brand new Daffer church organ installed in 2017, Theological College’s music program provides training for liturgical participation as priest, cantor/psalmist, and leader of song. Gregorian chant, polyphony, and modern liturgical music are studied. The Schola Cantorum is a volunteer performance group with the collective desire to develop vocal ability to sing the various parts of the liturgies seminarians will lead as priests.

The Schola provides choral leadership for feast days, ordinations, and the many special occasions in which the seminary community participates, including at the Basilica of the National Shrine of the Immaculate Conception. Daily and weekend Masses at Theological College have seminarian cantors/psalmists.  The music program is designed to provide experience and preparation in compliance with the dioceses’ expectation that ordained seminarians will sing their parts of each liturgy.

When ordained, many of the TC seminarians who were organists and cantors/psalmists are assigned to guide the pastoral music programs in parishes and may also be asked to provide diocesan liturgical leadership. The music program at Theological College embraces the importance of the ars celebrandi, the art of celebration, as Pope Benedict the XVI explained: “Everything related to the Eucharist should be marked by beauty.”